Please check Google Play official comment. it indicates the issue is handled by Google. Since Google Play Store is back to normal status, so the phone users do not need to do anything.

Update 02: Sorry, we confirmed the owner could ONLY download Some Apps from Google Play Store now. Also, the downloading can not be stable. Sometimes work sometimes does not. So seems the issue still has not been fixed.  We are still waiting…

Also. there are some smart guys can root the phone and delete a file named ‘services.cn.google.xml’ from \system\emui\china\permission folder (Huawei phone), and reboot the phone, clean data and cache of Google Play Store, and can resolve the 404 issue. So if you can root the phone, and you can do professional job, you can try to do that but please note you are going to take your own risk. Good luck !

Update 01: At around 10pm east time on Feb 05 2018 , when we had a time to test on a Huawei Mate 9 Pro phone which got the 404 error code previously, we found apps can be downloaded. So it looks like the Google Play Store 404 issue has been fixed. The phone owner did not do extra operations today. But the owner did try Google Play Store data and cache cleaning that are mentioned in this blog yesterday.

Just in recent week, there are some Android phone users, who are using some brands of smart phones from Asia countries (but not all of them are from there), such as Huawei, ZTE axon 7, Xiao mi, even Samsung galaxy note 5 (not sure where this phone is from), can not download or update any apps from Google Play Store.

What is the problem ?

When some users tried to download app from Google Play Store, they see an 404 error code message: 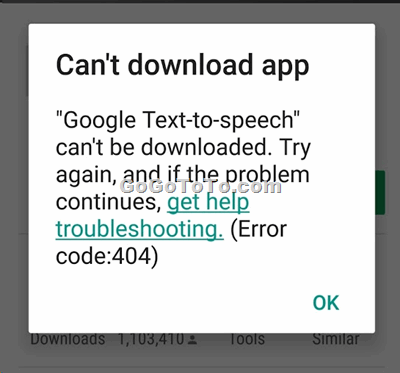