Today when we went back home and tried to play Xbox One games, we found out we could not sign in Xbox Accounts. We thought the problem was that the home internet was broken, but we then realized it was not, so we went on Xbox.com/status .

Then we saw that the Xbox Live service was down.

The following screenshots were taken at around 7:25pm EST time. 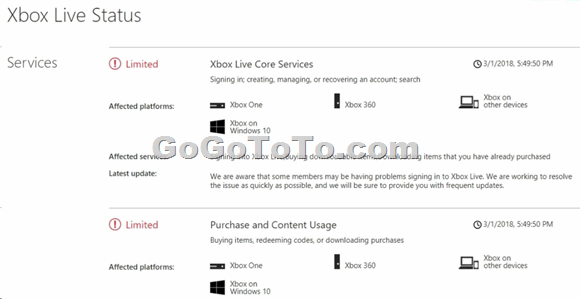 Some Games are limited working: