Actually this is a late news, we just want to record: In Dec 30 2013, Yahoo issued a news about Chinese President went to a steamed bun restaurant in Beijing.

President Xi Jinping shocked patrons and restaurant staff when he visited the restaurant on Saturday, paid for his food, carried his own tray and happily chatted with customers. While common in Western countries, such impromptu interactions are unusual for senior Chinese officials, who have a reputation for carefully stage-managing appearances through the Communist Party's propaganda arm. 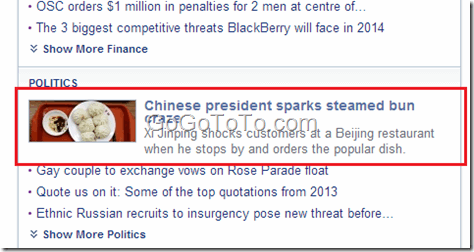 The original yahoo news is here.